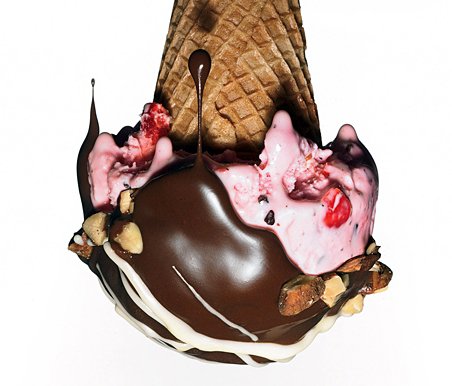 Key stock market indices the S&P 500 and NASDAQ breached important levels last week. After a mini shakeout in the short term, I think it is likely markets “melt-up” for the next few months before this bull cycle is done.

What happened to the stock market last week?

Last week was a big one for the the key indices of the US stock market. Both the S&P and thee NASDAQ broken out above an overhead channel that has kept them contained since January 2018 in the case of the S&P, and September 2018 i the case of the NASDAQ.

Usually I like to see two consecutive closes on the other side of a trend line to confirm the breakout, so this breakout is still awaiting confirmation for Monday’s trade. Note though that both indices broke above their respective channels in decisive fashion. Both rallied almost +1% and closed on their dead-highs for the session on Friday.

I have been treating the stock market with caution over the past few months and have been trading both the long and the short side of the market actively.

Markets have have quite the wall of worry to climb: The ongoing trade war, Trump tweets, negative yielding debt, the dumping of growth stocks and rotation into “value” stocks, negative earnings growth and weak ISMs and inverted yield curves flashing recessionary warnings.

And the positivity isn’t confined to US markets. The MSCI World Index (URTH) has just broken through to a new lifetime high as well:

Which prompts the question…

What is going right for stock markets?

In one word…liquidity. Trade wars, tweets, sector rotation…they have all been very effective distractions from what remains the core focus of equity markets…liquidity.

Stock markets have been thoroughly hooked on the liquidity provided by central banks since Bernanke launched QE1 in November 2008. There have been periods over the last 11 years where it has looked like the rally in stocks was becoming self-sustaining. But Q4 of 2018 brought any such hopes crashing down and proved beyond doubt that stocks are still addicted to central bank liquidity.

This is what the Fed has provided in the way of easy money:

You can argue all you want about equity valuations or the state of the economy. What you can’t argue is that the market LOVES all of this liquidity.

The stock market LOVES this

Markets have not had one single down week since the Fed launched “Not QE 4” on 11 October.

And it’s not just the Fed. The European Central Bank recently relaunched a EUR20b per month bond buying program and the Bank of Japan is continuing with asset purchases. So the “big 3” central banks all have the liquidity spigots open at the same time.

Check out the chart below from LPL Financial showing the performance of the S&P 500 after three 0.25% rate cuts. The average return has been +10% over the next six months and +20% over the next 12 months.

What could go wrong?

In the near term, we have an equity market that looks extended to the upside and has reached some Fibonacci extension targets:

The CNN Fear and Greed Index shows we are in “extreme greed” territory. Typically gains from this level are extremely hard won.

While the combined put/call ratio indicates are market where “everyone” is long. When everyone is long and complacent, the market can run out of buyers and fall under its own weight.

So I think the odds favour a mini shakeout here, where the market will try to destroy the hopes and dreams of anyone who just bought the breakout.

What about the recession?

The recession you ask? Oh, that’s been cancelled.

Just kidding. But in all seriousness, the warnings we received a couple of months ago from the inverted yield curve, Manufacturing ISM dropping below 50 (it has since rebounded) and the great rotation out of growth stocks are being ignored, for now.

Given the liquidity that is again being provided by the major central banks and the bullish nature of the breakouts we have just seen in the S&P and the NASDAQ, we should be in a “buy the dip” type of environment for at least the next few months.

But it won’t be high valuations that cause the end of the bull market. Valuations are just something people will look back on and afford bears the opportunity to say say “I told you so”.

I remain long but hedged. I’m long names in semiconductors, consumer staples and technology and I’m hedging through QQQ (NASDAQ) and IWM (Russell 2000) puts. I will be looking primarily for the put/call ratio to normalize as a signal to take my hedges off. I expect any fall in the market will be limited to 3-5%.