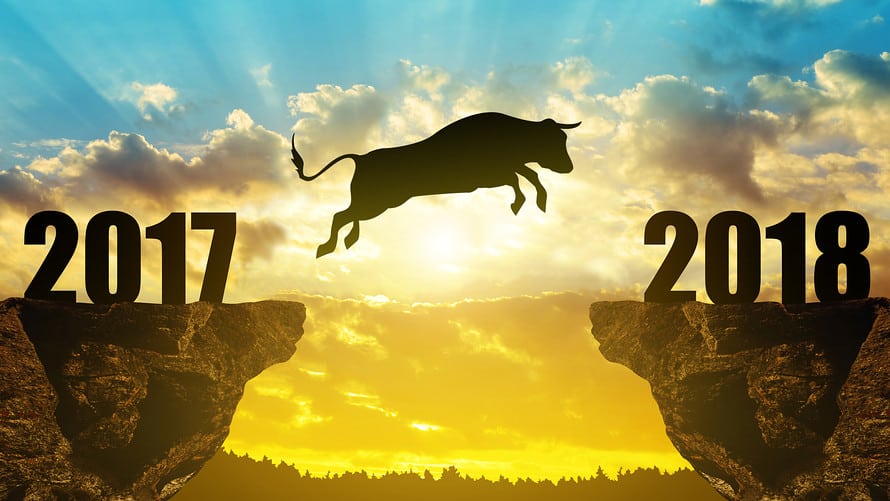 We are mid-way through the year and 2018 is shaping up to be a very different year for the stock market than 2017.

Last year pretty much everything went up…all year. It really was a “rising tide lifts all boats” type of scenario. 2018 has been rather more challenging. For a start, the overall market has been more volatile. Further, several sectors within the market have been performing quite poorly since early in the year. –Consumer staples, financials and industrials sectors spring to mind as examples.

To be fair, there is a long list of worries confronting investors – however this is a good sign the top of the market is not yet in.

Chief among investor concerns right now is the “Trump Trade War”. Then we have a bunch of other worries, including:

Let’s take a closer look at the yield curve, which is a major talking point presently.

The red arrows in the chart below show the point at which the yield curve inverted. The areas shaded in gray show recessions.

Source: The Fat Pitch The thing to note is that the lag between yield curve inversion and the onset of recession is long. Anything from 10 months to three years. So even if the yield curve did invert tomorrow, the economy should expand for the rest of 2018, at least.

I’m now going to share with you a straightforward and very valuable strategy. It’s the method I use personally to predict the onset of a recession and bear market…and it’s really simple.

You only need three pieces of information to predict with a high level of confidence whether the US economy is going to enter recession AND the S&P500 is going to enter a bear market. The three pieces of information you need are: Real Retail Sales Growth, Industrial Production Growth and the trend of the S&P500. Let’s look at each one in a little more detail.

For the US economy, the strongest recession indicator is Real Retail Sales Growth. In the chart below the grey zones again represent recessions. Note how the blue line (Real Retail Sales Growth) turns negative at the start of each recession. This indicator has issued a couple of false positives but it has turned negative at the start of every recession (the left side of the gray bars) since the 1940s.

Our second recession indicator is Industrial Production Growth, which has also done an excellent job of calling out recessions as they’ve happened (see chart below).

Again it’s not a perfect indicator. It did fail to call out the recession in 1974 (IP Growth only turned negative towards the end of that recession) and it gave us a false signal in May 2015. But overall it has been a pretty reliable indicator.

Real Retail Sales Growth tells us about the health of the US consumer, the lifeblood of the US economy. Meanwhile, Industrial Production Growth tells us what’s going on in the other side of the economy – the production side. So, when we combine them we get a great read on what’s happening in both consumption and production…a very handy combination.

If Real Retail Sales Growth and IP growth are negative, we can take this as a serious heads-up of impending recession.

For our trend indicator, we are going to look at whether the S&P500 index is above or below its 10-month moving average.

There are approximately 20 trading days in a month, so a 10-month moving average is roughly equivalent to a 200-day moving average, which is widely accepted as the line in the sand between long-term uptrend and a long-term downtrend.

To summarise, if we see:

1. Either Real Retail Sales Growth OR Industrial Production Growth turn negative; AND
2. The S&P500 close below its 10-month moving average on an end-of-month basis

We are on red alert. We want our exposure to US equities to be underweight/hedged/short. Otherwise, we want to be overweight/predominantly long.

By combining economic indicators with the trend indicator, we are not going to get shaken out of our market exposure by a garden-variety correction. It’s only of the technical picture and the economic picture deteriorate at the same time that we start playing defense.

Also, we know when to get back in. The the S&P 500 closes back above its 10-month moving average AND we see growth in both Real Retail Sales Growth and IP growth we want to be long again.

This strategy is low-maintenance (we only need to check once per month) and very long-biased with minimal whipsawing (historically the strategy has been long ~87% of the time). However, this simple methodology historically would have been very effective at keep us out anything hair-raising bear markets.

Where are we today?

Real Retail Sales Growth AND IP Growth are positive AND the S&P500 is above its 10-month moving average. Accordingly, we want to be long-biased.
Real Retail Sales hit a fresh all-time high in May – hardly the stuff economic contractions are made out of.

Elsewhere in the economy, Initial Unemployment Claims reached a 49-year low. Historically claims have started to rise at least seven months ahead of recession.

This is all useful to know because equities usually fall ahead of recessions, but it is typically only during recessions that we see market falls turn into really nasty bear markets.

The economic indicators discussed above (yield curve, Real Retail Sales Growth, IP Growth, Initial Claims) tend to peak and start reversing well before recessions. As of today, none of them have started to do this which means the likelihood of an imminent recession is very low. Therefore, pullbacks in stocks should continue to be treated as buying opportunities.

But what about the “Trade War”?

The much advertised, fervently discussed $34 billion of trade tariffs against China went into effect on Friday…and the stock market yawned.

(Almost) nobody likes tariffs and there will be very few winners from their implementation. But global trade hasn’t imploded, and I don’t see it imploding now. There will be some increased costs to corporates and consumers, but I see this amounting to increased friction rather than a full-scale disaster.

Remember too that tax cuts, deregulation, US corporates repatriating money from overseas etc. will likely at least offset any tariff penalties.

Not much has changed since my video update of last week. The S&P500 rallied into resistance in mid-June (the yellow circles on the chart below) before finding support at the 50% retracement level of the February correction.

If the S&P 500 can clear the June highs (~280 on the SPY ETF) the previous all-time high set in January becomes our target.

For all of the reasons I have discussed here, I continue to give the uptrend the benefit of the doubt. That said, I do believe we are late in the cycle…however this is a discussion for a future post! Good trading!