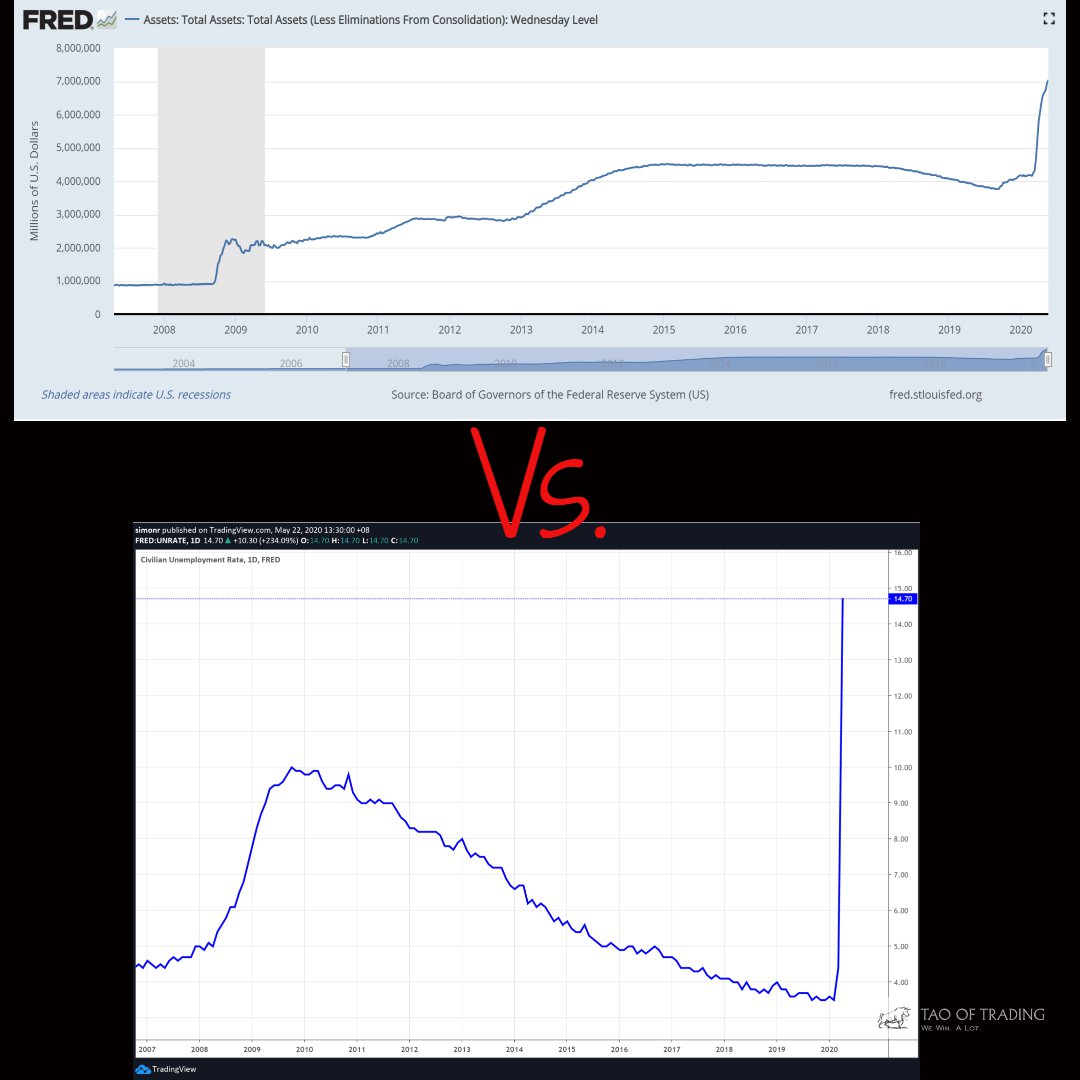 The past two months has been a showdown between the real economy vs the Fed.

So far, the Fed is winning. Are there any good reasons to expect that will change in the near term?

Then we have the S&P 500, which has been consolidating for over a month. The S&P remains just below its 200 day moving average AND the key 3000 “round number” level. The 200 day moving average is widely regarded as the line in the sand between a bull market and a bear market, and this is a level every technician in the world will be watching.

Bringing up the rear is the Russell 2000, which remains 21% off it’s all-time high. The Russell – which comprises small and mid cap #stocks – is probably the most representative of Main St.

The question now, as we head into a 3-day weekend, is who’s going to feel the most nervous? The longs or the shorts?

My positioning remains quite light but I am net long. I own some puts in IYT as a hedge, but I will be putting on some cheap hedges in SPY to bring me to a more neutral exposure over the weekend. We have a low put/call ratio which indicates complacency – “everybody’s long”. A pullback could come at any time and I feel it’s prudent to have some hedges in place.

If we get a solid close above this level we could see a resurgence of buying. If however we see a rejection at this level, that would open the door to a interesting move to the downside.

I wish you good trading trading and a great weekend!