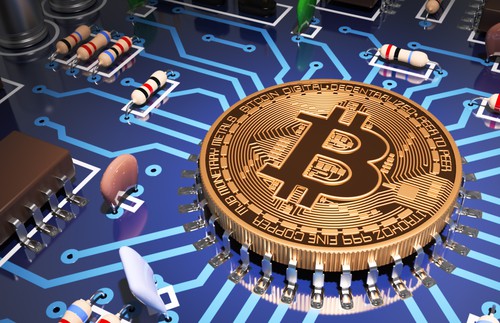 Saturday night, dinner party at my folks’ place. My Mum – who is a wonderful cook – had prepared a fabulous meal for everyone.

After the mains had been finished and plates cleared away…and in between sips of a nice Margaret River cabernet…Mum asked me about Bitcoin. What was it, what did I think of it and most importantly…should she now buy some? The other guests at dinner eagerly latched onto this topic of conversation as well, their enthusiasm obvious. If I had raised Bitcoin as a topic of dinner conversation a year ago…heck even a month ago…I would have been met with blank stares.

But on Saturday night, every dinner party guest had clearly developed a recent fascination for Bitcoin. The fact that my Mother was asking me whether she should buy some probably does not bode well for Bitcoin’s short-term performance I’m afraid. Neither does the fact that “Bitcoin” has now surpassed “Donald Trump” in Google search requests for the first time. I even heard Bitcoin being spruiked by some breakfast DJ’s on a commercial FM radio station last Friday morning!

I have long been bullish on Bitcoin. Part of my bullish reasoning was the simple fact that the average person on the street had not even heard of it. Well clearly the cat is now out of the bag! The popularity of cryptocurrencies is becoming undeniable, following Bitcoin’s almost $3,000 per coin run-up to over $11,000 last week.

The incredibly rapid price appreciation we saw last week combined with the idea of Bitcoin finally becoming “mainstream” leads me to conclude that buying Bitcoin right now is not the smartest play. Too much easy money has been made at this point and Bitcoin “investors” are starting to fancy themselves as financial geniuses.

If you decide to get involved in Bitcoin be prepared for more 20%+ intra-day price moves. If the thought of buying something at $11,000 only to see it trade at $9,000 a few hours later makes you shudder, then a position in Bitcoin is likely to cause you some discomfort.

Despite my near-term caution, I am not trying to say that I think the top is in for Bitcoin. Far from it in fact. I believe in the blockchain (the technology platform that Bitcoin is built on). I’m also a believer in Bitcoin, long-term. As Bitcoin becomes more useful and more mainstream it will start to attract “serious” money seeking diversified sources of return. Think massive pension funds and the like.

One of the features of Bitcoin that appeals to me is that its supply is finite. There will never be more than 21 million of them – a feature hardwired into the protocol. A stark contrast to dollars and euros and yen – where a few keyboard strokes can create an unlimited supply of new units.

Bitcoin and other cryptocurrencies really are the “wild west” of investing today. Caution is warranted – do not buy into Bitcoin if the thought of a 20%, 30% or even 50% fall in its price makes you feel ill. However, cryptocurrencies remain an exciting and topical space that I will continue to watch…and participate in in a small way. I anticipate that people buying Bitcoin today will make money in the longer term but only if they don’t lose their nerve during the downturns.

Equities record their 8th straight month of positive returns
All of the major US indices reached new highs, confirming the breadth of the rally. December-January is a seasonally strong period for stocks so barring any major shocks, I expect stocks will continue their upward march for the next month or two.

A correction, a pullback, will we ever see one? What we have been tending to see in this market is rolling corrections out of one sector into another. Last week saw a sharp sell-off in tech:

And a commensurate rally in financials:

Note that the Tech sector sold-off at exactly the same time last year, which set up a massive buying opportunity:

Despite the continued fear around valuations, the length of the bull market, the Fed raising interest rates etc. I will continue to give this bull trend the benefit of the doubt. Good trading!