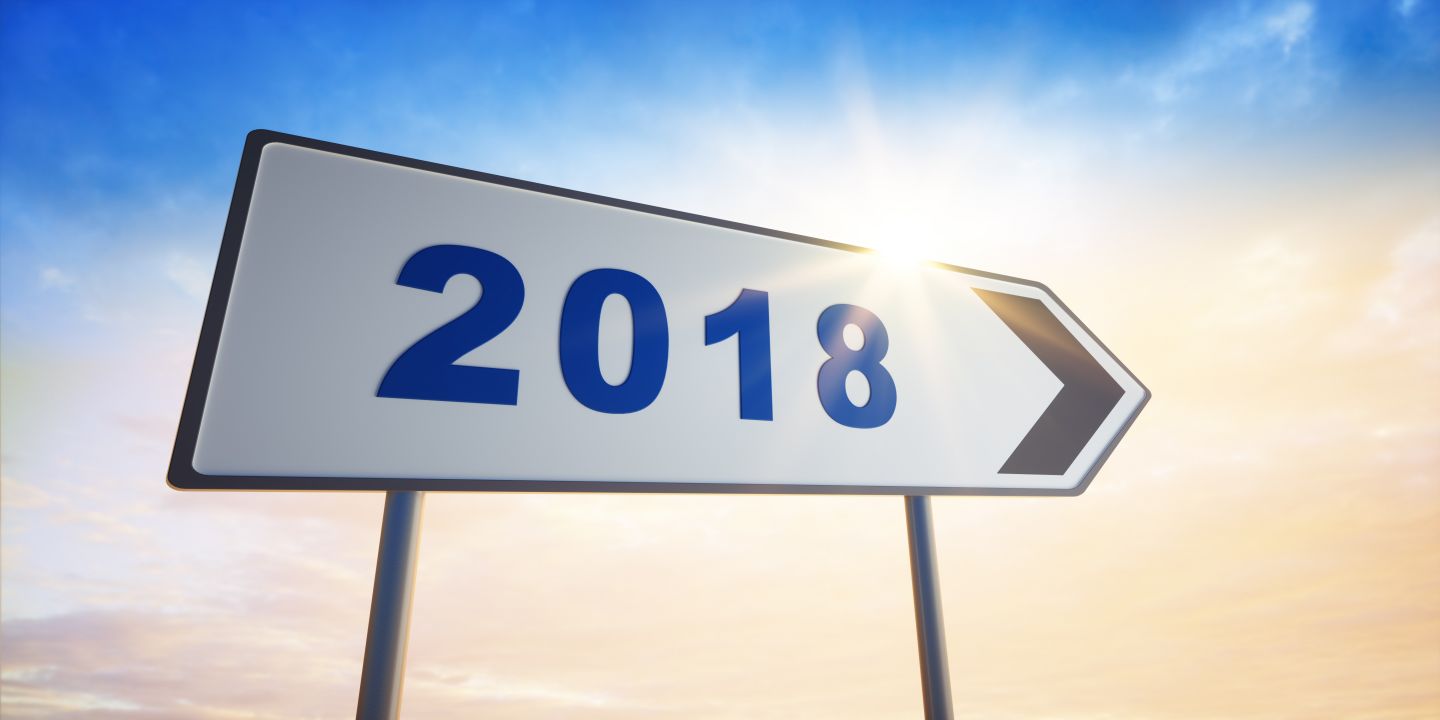 Heading into the end of the calendar year and many stock market pundits are sharing their forecasts for where stocks will go in 2018.

In this article I promise to spare you the “S&P 500 will close at 2450 on 31 December 2018” type of forecast. Instead, I’ll give you an outline what I see in markets and give you an outline of my trading plan for 2018 based on my 20+ years of professional equity markets experience.

All major indices remain elevated, with the Dow, the S&P and the NASDAQ all hitting new all-time highs. The Rydex S&P Equal Weight S&P ETF also just made a new high yesterday, reinforcing the breadth of this rally remains impressive (please read this post for a primer on this ETF).

In addition, we have just seen breakouts to new highs from the tech, consumer discretionary, industrials and materials sectors. Consistent with these sector breakouts I’m seeing potential breakout trades in names like VMWare, Hortonworks and Google (in the tech sector), and Best Buy, Burlington Stores and Gap (in consumer discretionary).
Indeed, the US consumer appears to be on strong footing. Retail sales rose by 0.8% beating expectations, sales ex-autos rose by 1% doubling the forecasts. That is three straight months of strong results.

Rather than pour through the forecasts of other pundits, I’ll share with you what I’m seeing and what I expect:

That’s about all you really need to know! For those of you who would like a little more analysis, I flesh out the argument below.

Stocks have an upward bias

I should change this sub-heading to stocks always have an upward bias. The S&P 500 has risen in 79% of years since 1980. This is why most strategists usually forecast markets to rise. Because they usually do!

Forecasting the index to fall by a large amount in the next year generates plenty of clicks for an author (and might help sell a few newsletters!). But it usually makes for a poor bet. I’m in the market to make money so I prefer to trade with the probabilities on my side.

Despite this upward bias, a 10% correction throughout the course of the year happens almost every year on average. This is what made 2017 such a record-breaking year – the fact that the market went up virtually in a straight line.

I talked about this very phenomenon in my post last week. We aren’t seeing market corrections at the moment, we are seeing position corrections and sector corrections. Rolling corrections are happening under the surface that are just not being reflected in the broader index.

Many are expecting volatility to soar in 2018 given how low it’s been in 2017. I’m not so sure. In fact, I expect volatility at the index level will remain muted for another year. As active fund managers fight to generate out-performance over and above the index and their passive/ETF counterparts, I expect the aggressive sector rotation we have witnessed in 2017 will continue (please read this post for a primer on this topic).

Valuations don’t matter one year out

Many commentators point to the fact that equity valuations are already high when framing their bearish arguments.
It’s important to remember in this context that valuation can be a very good guide as to the sort of annual return an investor might expect from equities over the long term (e.g. the next 10 years).

However, valuation really tells us almost nothing about the likely performance of equities over the next 12 months. The correlation coefficient is just 9%, meaning that 91% of next year’s return is determined by things other than valuation (chart below from Goldman Sachs).

Valuation doesn’t work as a timing tool. It doesn’t tell you when to get out or when to get back in.

People aren’t yet “all aboard” stocks

Previous major peaks in stocks in 2000 and 2007 were preceded by a consistent flow of cash into equity funds (see the blue circles in the chart below, from JPMorgan):

Now look at the red circle which highlights the present situation. Stocks have experienced outflows in 7 of the last 10 quarters, indicating a lack of participation in the rally (and potentially, still plenty of buyers at the sidelines). Not the sort of activity once would associate with an imminent market top.

Sentiment is a better tool for picking bottoms (pardon the pun!) than tops

Sentiment towards stocks is certainly buoyant but not frothy. According to AAII bullish sentiment rose 8 points to 45% last week for the largest weekly gain in three months. Bearish sentiment dipped to 28%, still well off the lows for the year. There is an old saying in the market that tops are a process, bottoms are an event.

Market bottoms tend to be much easier to pinpoint using a combination of price action and sentiment than market tops. This is because sharp falls in stocks are typically associated with panic selling. People tend to become bullish at varying stages along the way, but they tend to panic all at once. You see, the fear of loss (and indeed the need to sell in order to meet a margin call!) is a much more powerful motivator than the allure of greed. The human brain evolved to protect us from harm first, before seeking out reward.

For this reason, extreme bearishness is often a strong contrarian signal. When everyone is feeling despair/losing their shiz at the same time, markets usually don’t have much further to fall. This is the origin of the famous quote, “buy when blood is running in the streets”, usually attributed to Baron Rothschild. Betting on an unexpected fall when market players feel bullish doesn’t tend to work as well because different people will get bullish at different stages along the bull market.

One thing is for sure. Bullish sentiment towards stocks has a long, long way to go before it reaches the bullish sentiment we are presently seeing towards Bitcoin…and the latter still keeps going up!

The stock market ≠ the economy, but…

…bear markets rarely take place outside of an economic recession. December data revealed a new all-time high in retail sales. This is excellent news for the US economy, where approximately 70% of GDP is represented by consumption. (I commented on the recent new all-time highs for consumer discretionary stocks at the top of this post.)

The ongoing search for a recession remains alive but the evidence just doesn’t support a downturn any time soon. Add in a 10-year high in home sales and a 45-year low in unemployment claims and one should treat any talk of imminent recession with skepticism. The economic backdrop does not lend itself to a bear market next year.

The one chink in the armor of my bullish thesis as I see it is the US yield curve. (Please see this article I wrote on LinkedIn last week for a primer on the yield curve). If the Fed pushes ahead with three interest rate rises next year, I think there is a real risk that the yield curve will invert, given the current growth and inflation backdrop. If we do see yield curve inversion, it will most likely foretell of a recession and bear market by a matter of months.

I expect 2018 will be another positive year for stocks. Given the Citi Economic Surprise Index is currently at a 4-year high, we could see economic data disappoint in the first half of 2018 which would see equity market gains skewed towards the second half of the year.

I expect volatility – or the VIX at least – will remain at a low level through 2018 which will continue to confound many skeptics and those who do not understand what is going on under the hood with regard to sector rotation.
I expect my trading book in 2018 will be comprised mostly of long positions as it was this year. However, I will continue to maintain approx. 20-25% short exposure just in case. This worked well for me this year and I expect a similar result in 2018.

If I am wrong? Well, that’s one of the great things about being a trader. I’m not afraid of being wrong. I’m not wedded to any position or outlook. My views can and will change with the trend of the market. I can go from being predominantly long to predominantly short quite rapidly if circumstances demand. Do you want to be right, or do you want to make money?

2017 was a year in which trend acceleration trades – buying breakouts – added significantly to my bottom line. I think 2018 will be a similar sort of year. Those who know how to trade breakouts properly will be well-rewarded.
Buying stocks that are breaking out to new highs can be a little daunting. Traders need to apply very strict criteria to the stocks they select for such trades. Good trading!