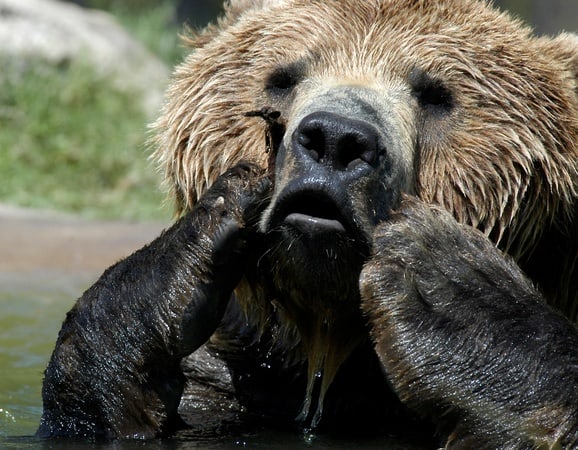 In today’s blog post I look at the bull market from the perspective of a market that has just made a new all-time high and examine whether a more bearish stance is warranted here.

Unless you’ve been off the grid for the past week, you will have heard that the S&P 500 made a new all-time-high (ATH) last week. Not only that, but by some measures this is the longest bull market on record.

Importantly, the NASDAQ, Russell 2000 and Dow Transports are all also at new highs. This rally has breadth, which is exactly what the Advance-Decline line has been telling us for months. So many investors and traders I speak to have been their own worst enemies in this market. Continually trying to second guess the market, rather than just take what it has to offer. Many take the view that the current bull market became the longest bull market ever on 22 August 2018, clocking in at 3,543 days. While the exact start date of this bull market is open to some conjecture, what is not up for debate is that this market has had a pretty good run. I can already hear the gears whirring inside some of your heads: “Longest bull market ever? That means the market CAN’T POSSIBLY keep going up from here”. It’s not that I think the market could go higher from here. It’s that I think the market could go A LOT higher. .

If I could sit down with an investor in today’s market and offer once peace of advice that would help them improve their performance it would be: Stop trying to be a contrarian. The easiest money you will ever make in markets is from learning to follow trends. Being a contrarian appeals to our intellect, it appeals to our ego, but it’s damn hard on the wallet. When stocks hit all-time highs, have you thought about what that means from a psychological perspective? It means that EVERY SINGLE PERSON WHO OWNS THAT STOCK IS MAKING MONEY! Now pause. Take a deep breath. And let that sink in for a minute. And another minute. Now, do you really think that stocks making new highs are something to be scared of? These stocks are in clear air. There is no price memory. No resistance. There is nothing holding them back. Trying to short or get bearish of stocks breaking to new highs is literally a waste of time and money. .

What do the stats say?

If the past serves as any guide, there should be a median of 19 higher highs between 22 August and the first week of January 2019, with a minimum of 6 higher highs:

I realise people often like to think that if the market sets a new ATH then it must be about to crash. This is just not the way it works and it has just never happened before. It’s why the old Wall Street saying that “Tops are a process, bottoms are an event” came into being. .

But what about Trump?

I generally prefer to steer clear of politics, but one of the favourite bear arguments at the moment is Trump. Remember this: Two years ago the media circus was telling you that stock markets would crash if Trump got elected. Now those same clown show is telling you that markets will crash if he is impeached. Sheesh! The fact is, the market has now had plenty of time to price an impeachment. Nobody can know with any certainty what is going to happen but money is still flowing into stocks. The other bearish arguments that get a lot of airtime are “we are late in the cycle” and “stocks are expensive“. The stocks are expensive argument I addressed a couple of weeks ago here. As for being late in the cycle? I don’t have a strong argument against this, except to say that bull markets do not simply die of old age. Bear markets are most often caused by recessions and recession risk still looks low. US Industrial Production was up +4.2% in July to a new all-time high. Not something one would expect to see on the eve of a recession. .

Go back and examine previous stock market topping patterns in 2000 and 2008 and you will see there were clear signs of a topping process in place. The moving averages were flattening/moving lower. Contrast that with the situation today where short, medium and long-term moving averages are all pointing strongly higher.

Look, the stock market will not rise forever. I get that. Please don’t confuse me with a starry-eyed perma-bull. I am simply a trend-follower. There absolutely will be a bear market in our future. Importantly though, I am of the view that right now is not the time to get bearish and that markets could go a lot higher still, before this bull market is done. Good trading!