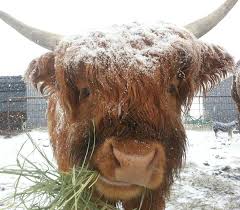 Many pundits continue to warn that stocks are expensive, valuations are stretched, it’s the 30th anniversary of the ’87 stock market crash, etc etc – a sure sign that a market top is not in place.

Meanwhile, the S&P 500 Index cruised to a another all-time high on Friday.

Today I want to share with you 3 key observations that keep me positive on stocks.

The Dow Transportation Index also made new highs last week and remains within a whisker of its highs.

The broad-based NASDAQ Composite eked out a new high.

The small-cap Russell 2000 Index is also at new highs. This index had been dragging its feet until more recently.

And significantly, the Guggenheim S&P500 Equal Weight ETF also made a new high on Friday.

2) The US Economic Environment remains supportive
It’s important to remember that bull markets don’t die of old-age. They also don’t die because of above-average valuations. So, what does kill a bull market?

Well, more often than not it’s a recession that kills a bull market…and the economic data to hand does not suggest a recession is around the corner. Just last week the Empire Fed Manufacturing Index climbed to 30.2, its highest reading in three years.

Philadelphia Fed came in at 27.9 and has now recorded 15 straight months of growth for the region’s manufacturing sector. Industrial Production grew +0.3% while Homebuilder Sentiment rose 4 points to 68.

Two pieces of economic data that I consider to be absolutely key in detecting the potential for a bear market are Real Retail Sales Growth and Industrial Production Growth. (I’ll discuss this in more detail in my forthcoming book!)
Real Retail Sales Growth gives us valuable insight into the health of the US consumer – the backbone of the US economy. Industrial Production Growth gives us insight into the health of the production side of the economy. Neither of these are ringing any alarm bells.

3) Synchronised Global Economic Growth
If the US doesn’t look as though it’s headed for an imminent recession, neither does the rest of the world.
In the earlier part of the decade, the US economy was largely going it alone in terms of (sluggish) economic recovery. This has not been the case since 2015.

Global PMI data also suggest continued above-trend expansion in manufacturing, with the composite index expanding at its fastest pace since March 2015 and manufacturing at its highest level since May 2011. Global industrial production is up 3.7% from a year ago, its best growth rate since early 2014. Stable and synchronized global economic growth will provide a benign environment for company earnings and help to keep risk appetite elevated.

A word of caution in the short-term
Identifying and following the dominant trend are the single most important things traders and investors need to do to successfully manage their risk capital. So now I want to draw your attention to that chart of the S&P 500 again.

A couple of things should be quite clear from this chart:

Given the S&P 500 is at the very top of its trend channel, I am anticipating the Index will correct a little from here and volatility will increase. This I why I am happy to maintain a small number of short positions in my trading account. An increase in volatility is something I am anticipating despite my medium-term bullish view. In a subsequent post I will discuss what I expect will happen in markets and how I intend to make money in my trading account over the next few months. Until then, good trading!